Who are Cruse and Bridgeman?

The team at Cruse and Bridgeman have worked together for approx. 30 years and during that time have been employed by EBC Group Plc and Rok Group Ltd, the team has worked hard as an autonomous unit to maintain its identity throughout these transitions and today it is united as ever in seeking to provide an excellent service at a competitive price. The team prides itself on its teamwork and desire to maintain high levels of customer satisfaction. During the time the team has worked together it has worked locally for some of the most well known clients in the country and it has been part of long term relationship based partnerships and frameworks for many years.

The team is led by Andy Braund and Nick Crispin who have worked hard to ensure the longevity of the high performing team that is Cruse and Bridgeman.

Cruse and Bridgeman was originally formed over 100 years ago and its history has been based in the South Devon area providing employment for local people and their families, whilst working within their home locality.

In fact even today we employ father and son partnerships which will provide a workforce for the future. 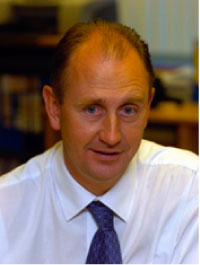 Andy started work as a management trainee with EBC Group and Cruse and Bridgeman in 1980, following his father and Grandfather into the company, he worked for a number of teams within the EBC Group and in 2001 became the Area Leader of Cruse and Bridgeman. Andy is very much hands on and takes an active part in projects on site and in all other aspects of the companies activities.

Andy is keen to maintain a long tradition within Cruse and Bridgeman and its workforce and is keen to promote training and apprenticeships, as a means to secure the companies future.

Andy is a keen walker, has climbed the highest peaks in the UK and taken part in a number of walking challenges including trekking to Everest Base Camp. 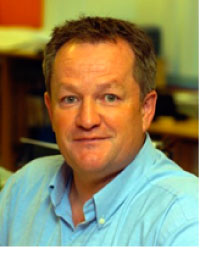 Nick Joined EBC Group and Cruse and Bridgeman in 1985 as a Quantity Surveyor, following a spell with a major regional contractor, Nick progressed through the business taking over the role of Senior Surveyor responsible for both Exeter and Torquay Rok offices. Nick is again very hands on and fulfils a number of roles within the business, from estimating, purchasing to contracts management and beyond. Nick is a team player who known for his dry sense of humour and quick wit.

Nick is a backbone of the business and is very much driven by seeking to deliver customer satisfaction.

Nick is a keen golfer who has now played for many years, he was also formerly known for having been a roadie for his son and daughters band. 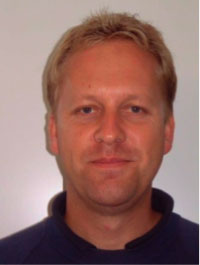 Mark started work with Cruse and Bridgeman as an apprentice carpenter, he worked his way up to site management and then on to a position as a contracts manager. Mark has an enormous amount of experience and is particularly good at trouble shooting problems to resolution. Mark having been site based initially brings reality and experience to the team and he is highly regarded amongst his piers.

Mark is a keen motorcyclist, along with a number of other sports in which he partakes, including Golf, Fishing, Cycling and he likes good music.

David joined the team in 1981 working from offices in Woodland Close, Torquay, David is responsible for pricing and tendering for works, and he has a wealth of experience and is particularly adept at value engineering works to come within clients budgets.

David is a vital member of the team who has a vast working knowledge of the industry.

David is a keen walker and loves the outdoors.